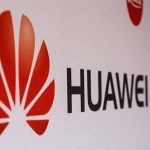 Reading time:  00:55s What? Chinese tech manufacturer Huawei’s CFO, Meng Wanzhou, was arrested in Vancouver earlier this month. On Tuesday, it was revealed that former Canadian diplomat Michael Kovrig was arrested in China as well. This was followed by news of a second Canadian - Michael Spavor, was also detained. Why? Wanzhou was arrested over US … END_OF_DOCUMENT_TOKEN_TO_BE_REPLACED 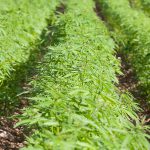 What?The much-debated 2018 Farm Bill will include a provision to legalize hemp. It seems like US Congress has reached an on-principle agreement, and the bill is set to pass before the end of the year. This will also effectively declassify the plant as a Schedule 1 drug, thus making it legal on a federal level. Why?Lawmakers have been lobbying for hemp to be included in the … END_OF_DOCUMENT_TOKEN_TO_BE_REPLACED 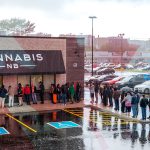 What? Provincial governments across Canada are already beginning to implement changes in their distribution models just a month after federal-level legalization of marijuana. Why? Canada‘s dispensaries are in disarray due to a lack of balance between demand and province-managed distribution. Larger dispensaries were benefitting from what many considered “unfair … END_OF_DOCUMENT_TOKEN_TO_BE_REPLACED